Unconventional Treatment: Who Pays for ‘Other Kinds’ of Care? 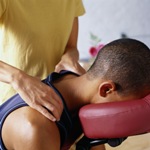 Generally, coverage of alternative treatments is limited and differs depending on your state and insurer. However, most insurance plans and health maintenance organizations (HMOs) do offer coverage for services from a chiropractor, and virtually all cover osteopathic physician services. Additionally, some mind-body techniques have found their way into the insurability mainstream, such as biofeedback.

What Therapies Are Considered Unconventional?

Known as complementary and alternative medicine (CAM), these therapies can be used in conjunction with or in the place of conventional medicine. The main commonality among these therapies is that they are not considered part of conventional Western medicine. Many are imported from Asia, Europe, or elsewhere. However, the line between CAM and conventional medicine is not always clear. The complete list of CAM therapies is quite lengthy, but some examples can be found in the article Complementary, Alternative, and Integrative Medicine: What's What?.

Who Is Using CAM?

According to the National Center for Complementary and Alternative Medicine (NCCAM) of the National Institutes of Heath, nearly 40% of US adults use some form of CAM.

History of CAM Coverage in the US

For as long as there’s been medicine, people have had numerous healing alternatives from which to choose. Many of the most popular CAM therapies have been around for centuries (such as homeopathy) if not millennia (such as acupuncture). However, in the past 15-20 years, CAM has enjoyed a resurgence of interest among US consumers, a trend that has not escaped the attention of insurers. What accounts for CAM’s renewed popularity? Some of the many factors include:
When surveys discovered the number of Americans using CAM who were willing to pay out-of-pocket for services, insurers felt some pressure to include at least some of these treatments in their plans. This was despite the fact that scientific evidence did not uniformly support their effectiveness (and still does not for some types of treatment). Although more studies exist using CAM methods than in the past, it is an area that needs more research.

Coverage of CAM is largely determined on a state-by-state basis, but certain plans are more flexible than others, so don’t be shy about inquiring into your options.
As mentioned, most plans cover chiropractics and osteopathic manipulation. This is because chiropractic is the third largest medical profession in the country after regular MDs and dentists, having licensure in all states. Doctors of Osteopathy (DOs) have legal standing identical to MDs in all states, as well. Acupuncture has gained licensure in many states as of late, a good example of how consumer interest can influence state regulators. Beyond these more pervasive CAM practices, some plans also cover treatments such as massage, biofeedback, and even medical hypnosis. One popular area of CAM that is almost never covered by insurance is dietary and herbal supplements.
When considering CAM treatment, it is important to compare the amount of your deductible to the cost of the treatment. In addition, most insurers only pay for a limited number of visits, which is usually far fewer that the number recommended for complete treatment. If you know you will be using CAM services in the future, one option is to purchase a "policy rider," which is extra insurance that covers CAM treatments. These are available from a number of reputable insurance companies.

Health Spending Accounts, also known as HSAs, are savings accounts specifically set aside to pay for healthcare services that are often offered outside traditional health insurance plans. You are permitted to pay for most CAM treatments with most HSA funds. Although you are spending your own money from these accounts, the money you put in is tax deductible, which can mean great savings. For more information on the types of HSA accounts available, see Health Spending Accounts: A Compliment to Regular Insurance.

The use of complementary and alternative medicine in the United States: Cost data. National Center for Complementary and Integrative Health website. Available at: http://nccam.nih.gov/health/financial. Updated January 4, 2016. Accessed April 6, 2016.

This content is reviewed regularly and is updated when new and relevant evidence is made available. This information is neither intended nor implied to be a substitute for professional medical advice. Always seek the advice of your physician or other qualified health provider prior to starting any new treatment or with questions regarding a medical condition.